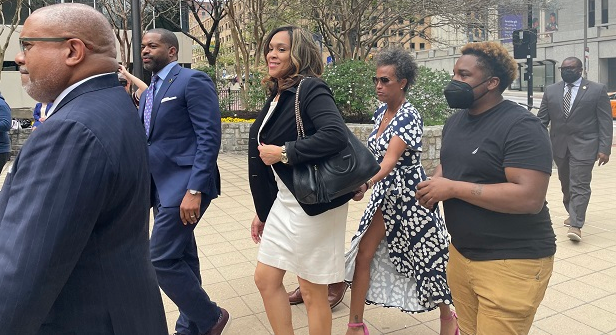 A U.S. District Judge denied a request to dismiss federal charges against Baltimore City State's Attorney Marilyn Mosby. The judge stated that the defense had shown no objective evidence the charges were brought out by personal animus.

Judge Lydia Kay Griggsby ruled that there was no evidence that prosecution was brought against Mosby by personal grudge. Notably, the federal prosecutor's office is comprised of several decision-making prosecutors that negates prosecution was initiated by retaliation from a single prosecutor.

Mosby court demeanor was less than professional. During court proceedings, Mosby repeatedly shook her head while Judge Griggsby was announcing her decision. After the hearing, Mosby struck a defiant tone and said that Griggsby's acceptance of the defense's claims as true was important for the public to understand.

“We did not expect to prevail, however, I look forward to my day in court,” Mosby said outside the federal courthouse.

Mosby is charged by indictment alleging she falsely claimed financial hardship during the COVID-19 pandemic to withdraw money from her city retirement account. She is also accused of failing to disclose a $45,000 IRS lien when she applied for two properties in Florida.

If you are charged with a federal crime, then contact us today to schedule a consultation with an experienced federal criminal defense attorney.