Under federal law, wire fraud is charged under 18 U.S.C. § 1343 making it unlawful to facilitate a fraud by electronically transmitting something through interstate or foreign commerce.[1] It is punishable by up to 20 years in federal prison, or 30 years if the fraud was carried out against a financial institution. The collateral consequences can place you in financial ruins because the government ordinarily moves to seize all your assets connected to illegitimate earnings.

Wire fraud is generally carried by any of the following means:

The term “wire” refers to the use of any telecommunications or through the use of the internet. It is one of the most common federal crimes charged throughout the United States. Wire fraud is accomplished by the act itself, and does not require the actual transfer of money or success of the scheme. 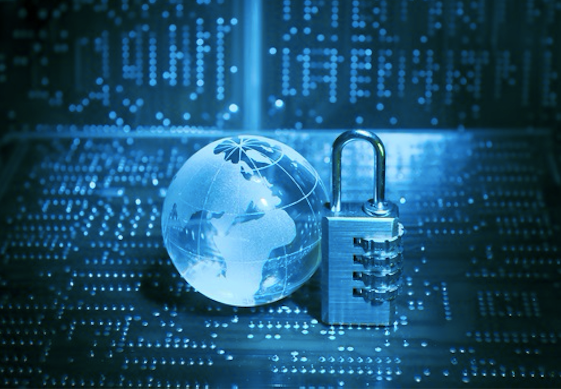 If you are under investigation, or have been charged with wire fraud, then you must enlist the help of an experienced Orange County federal wire fraud defense lawyer. The government holds unlimited investigative resources to ensure the accused later stands convicted. Early intervention can help make the difference of receiving a prison sentence or having the case rejected entirely from prosecution.

Attorney John Rogers is a board certified criminal law specialist. This rare distinction has only been achieved by a small percentage of California lawyers. His primary concern is to protect his client's freedom and avoid the devastating collateral consequences. Our office stands prepared to intervene at any stage with the absolute focus of achieving the best possible result.

What are the Elements to Wire Fraud?

To be convicted of wire fraud, the government must prove the following beyond a reasonable doubt:

What is the Difference Between Mail Fraud and Wire Fraud?

Mail fraud and wire fraud are relatively the same offense, but carried out through a different channel. Mail fraud requires facilitating a scheme through the use of a package courier – e.g., U.S. Postal Service. Wire fraud involves the use of wire, radio, or television communication in interstate or foreign commerce.

The penalties for wire fraud are dependent on a number of factors under the United States Sentencing Guidelines. Your role, conduct, prior criminal record, and loss amount are important factors a judge will consider at a sentencing hearing.

However, wire fraud is statutorily penalized as follows:

If the scheme was against a financial institution, then you face:

You can defend against wire fraud allegations by claiming you acted in good-faith in your attempt to comply with the laws. Acts committed on accident, mistake, or that were the product of misfortune are viable since you did not harbor the specific intent to defraud.

Sometimes a network is infected with a virus or trojan horse that uses the identity of someone else to facilitate a fraud. Alternatively, someone within your circle could use your identity and information to facilitate a scheme while making it appear as if you are involved.

Materiality is an essential element to wire fraud.[5] In other words, the act of using the wire was material to facilitating the scheme or artifice to defraud. Moreover, the act must have influence a reasonable person to part with their money or property.

It is not uncommon for someone to make false accusations as a means to avoid paying an outstanding debt. The proof of “fraud” may be one parties construed version and interpretation of communication(s).

How the federal government was able to target you in their investigation, or the evidence they collected, may have occurred from a constitutional violation of your Fourth Amendment right. If the government committed a violation, you can move to suppress the evidence discovered as a result. The prosecution may be unable to continue with their case against you.

Wire fraud has a statute of limitation of five (5) years. Accordingly, if the government brings charges beyond the expiration date, then the case against you can be dismissed.

What are the Related Offenses to Wire Fraud?

Bank fraud is committed when a person defrauds a financial institution to obtain money or property. It is written into statute under 18 U.S.C. § 1344. A conviction is punishable with a sentence of up to 30 years in federal prison, a fine up to $1,000,000, and full repayment of restitution for any loss by the lending institution.

Mortgage fraud is accomplished when a person submits false records to a lending institution or provides false information on a mortgage loan application. The acts are aimed at securing financing for real estate – i.e., mortgage. Mortgage fraud carries up to 30 years in federal prison, a $1,000,000 fine, and restitution.

Money laundering is charged under 18 U.S.C. § 1956 making it unlawful to conceal or disguise the source or destination of illegitimate money by use of financial transactions. It is a common crime charged in conjunction with wire fraud, and other white collar crimes. It is punishable by up to 20 years in federal prison.

18 U.S.C. § 1028A governs the charge of aggravated identity theft, making it unlawful to use the personal identifying information of another without consent. It carries a 2-year federal prison sentence that must run consecutive with any other charge(s).

Mail fraud is virtually identical to wire fraud. Wire fraud is a derivative from mail fraud since less people use a courier service or the U.S. Postal Service to conduct business or send communication(s). It is charged under 18 U.S.C. § 1341 making it a crime to facilitate a fraud or scheme through the use of a package service. Mail fraud is punishable by up to 20 years in federal prison and a fine up to $100,000.

The government can impose wire fraud allegations by way of vicarious liability if you took part in a linked conspiracy. It requires the government to prove that you agreed, and specifically intended to facilitate a scheme, and an overact by one of the co-conspirators was committed. Conspiracy to commit wire fraud is punishable in the same manner as wire fraud.

What are Examples of Federal Wire Fraud?

If you are under investigation for federal wire fraud, then it is paramount that you secure legal representation. The government treats every fraud crime very seriously. Contact us today to schedule a free confidential consultation with an experienced Los Angeles federal criminal defense attorney. We represent clients all throughout southern California including Santa Ana, Los Angeles, Riverside, San Diego, Fresno, and San Francisco.

[1] 18 U.S.C. § 1343 – (“Whoever, having devised or intending to devise any scheme or artifice to defraud, or for obtaining money or property by means of false or fraudulent pretenses, representations, or promises, transmits or causes to be transmitted by means of wire, radio, or television communication in interstate or foreign commerce, any writings, signs, signals, pictures, or sounds for the purpose of executing such scheme or artifice, shall be fined under this title or imprisoned not more than 20 years, or both. If the violation occurs in relation to, or involving any benefit authorized, transported, transmitted, transferred, disbursed, or paid in connection with, a presidentially declared major disaster or emergency (as those terms are defined in section 102 of the Robert T. Stafford Disaster Relief and Emergency Assistance Act (42 U.S.C. 5122)), or affects a financial institution, such person shall be fined not more than $1,000,000 or imprisoned not more than 30 years, or both.”)